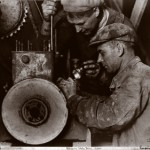 As we’ve welcomed New Castle County library patrons to the Delaware Library Catalog over the past week, we’ve been hearing from a lot of them by email, blog comment, and other sources, expressing various concerns and questions. The new online catalog is a very dramatic departure for our Northern cousins (it’s also new to Kent and Sussex counties, but their old version was closer to this one) and most questions and comments have been at heart, requests for assistance in finding familiar features and in figuring out how to access different services and account information.

County library staff are still learning the finer points of the system, and patron- and staff-oriented training materials are being prepared- but here is a summary FAQ based on the last week of patron feedback. Please feel free to continue to leave comments in this blog, or to email the Division of Libraries with your thoughts, questions, and opinions.

Where did those links go!

As part of the move to the new online library catalog, it’s also been possible to simplify users’ access to the subscription databases and research tools offered to all Delaware public library users. Your public library has long been about more than books, music and movies- you can access thousands of online magazines, scientific journals, and newspapers from around the world with Newspaper Source, MasterFile, and Academic Search; find essential resources in subjects such as health, auto repair, and small business; and conduct genealogical research.

Prior to online catalog upgrade, library users would need to log in to their account to see a list of links to these resources. We’ve now moved the links to a different webpage, which allows us to offer more information about the different services. This page can be found at the e-resources page or by clicking on the link for Magazines and Databases along top of the page in any of the main library catalog search pages. Currently, a couple of the resources- the genealogical site HeritageQuest and the business-oriented ReferenceUSA site- are still only available through the login to the catalog while we finalize the revisions to authorized access with the vendors. The juvenile-class patron logins still offer access to age-appropriate databases for homework help and other reference use.

The Delaware Division of Libraries recently purchased a number of downloadable ebooks for small business owners and entrepreneurs. With the recent addition of New Castle County libraries to the catalog, these items are now available statewide!

Here’s the full list of books in the collection. Click on the ebook icon (at the head of this article) in each listing to download the ebook with your library card number and PIN. You can also access this list in the library catalog at the Have You Read link. Along with this New E-Books link, there are also links to New Books and New DVDs, local award winners, Financial Literacy and Social Media reading lists, and more. 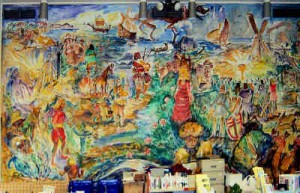 Delaware History at Your (Dover) Library 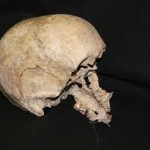 Until I read this story quite recently I had no idea that our very own Dover Public Library may be the final resting place of Patty Cannon- the notorious kidnapper and serial killer, who died in a Georgetown prison in 1829 after a murderous career of kidnapping formerly enslaved people and selling them in nearby slave states.
You can read more about Cannon’s deeds in her biography The Monster’s Handsome Face, or in a number of other books on the subject.

Title and author recommendations are an increasingly important part of commercial media retailers, and in the new Delaware Library Catalog, we’re very happy to be able to introduce simplified access to recommendations, book club and classroom resources from NoveList Select.

NoveList Select includes series listings, author and title recommendations, and a variety of classroom and book group resources, along with critical essays and other material.

NoveList has always provided reliable, high-quality reader advisory resources produced by professional writers and librarians, rather than by automated algorithms like most commercial sites and other services. We hope you’ll find it useful. 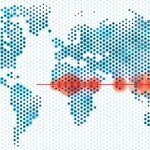 Delaware flags fly at half-mast this week in honor of former Delaware Governor Sherman W. Tribbitt. You can read an online obituary in the Wall Street Journal
A 1998 biography of Governor Tribbitt by Delaware historian Roger Martin is available from your library. Click here to view availability or place a hold.
The Delaware Public Archives also holds a number of collections related to the Tribbitt administration.

Because You Wanted It: Permanent Lists in the Online Catalog

The new version of the Delaware Library Online Catalog will go live this weekend and will introduce a number of exciting and useful new features.

A number of uses spring to mind almost immediately: creating, and sharing suggestion lists for book groups (especially since the new online catalog will include expanded reader advisory content); recording the books that you check out from the library; creating class reading lists- whether you’re a teacher or a student- and for your learning journey, lists of favorite books that inspire you! What will YOU use your lists for?