Over the weekend, some access changes have been implemented for NetLibrary unabridged e-audio books. This service allows you to download unabridged audio versions of new and classic books directly to your home PC and in many case, a compatible MP3 player (such as an iPod) to listed to “on-the-go).

To simplify access, new titles loaded going forward can be accessed without logging in and searching for specific titles. Brief and full item records will include a direct link to this title that will be authenticated by your library card number and PIN. This link is the “weblink” icon that looks like a chain, and clicking on this will bring up an authentication screen that asks for your library card number and PIN, then connects you to the download.

END_OF_DOCUMENT_TOKEN_TO_BE_REPLACED

This week’s front page review in the New York Times Book Review was written by Walter Kirn– author of the book that the soon-to-be-Oscar-winning movie Up in the Air was based on. Kirn reviews the new book Day out of Days by Sam Shepard, the iconic actor and playwright, and is deeply impressed by the narrator’s encounters with pit-stop America and the “crackpot vagabonds, working-class survivors and footloose fellow-wanderers” who inhabit it.

Click on the links above to check availability at any of the Delaware Library Catalog locations or place a hold for delivery to your local library! Have a great new week of reading. 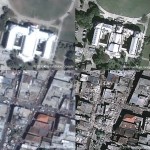 Today’s News-Journal article documents the response of Delaware’s Haitian community to the terrible tragedy unfolding in Haiti following the massive earthquake on Sunday. The Seaford Library and Cultural Center has Creole-speaking staff members who may be able to assist in locating information and resources (302-629-2524).

The U.S. Department of State’s website provides information about the government’s response to the crisis, including links for giving donations and a phone number to find information about family members on the island (1-888-407-4747).
UPDATE: CNN recently made a searchable missing persons database available at this link.

The site also provides links to reliable relief organizations who are receiving donations and offers of assistance. Unfortunately there are already scam artists and frauds taking advantage of the situation, and numerous rumors that may inhibit responses by various organizations. The Google crisis response page and Poynter.com have additional resources, advice and contact information for those choosing to donate or assist.

UPDATE: The Delaware Black Caucus in partnership with the Delaware Community Foundation has established an earthquake relief fund. Click here to go to the DCF site to make a donation. Delaware State Treasure Velda Jones-Potter will provide fiscal oversight for this fund, which has the support of a broad coalition of Delaware organizations and businesses.

The Middletown Thrall Library in Vermont has created this resource and information page which includes contact information for relief agencies, how to find a reliable organization to donate to, and other useful resources.

END_OF_DOCUMENT_TOKEN_TO_BE_REPLACED

Recently, Matt Denn wrote about the state’s response to the Bradley child-abuse case on his blog- included last week’s decision to allocate all available victim assistance funds to the case and extend in-home counseling and Spanish-household outreach under the direction of the State’s Department of Services to Children, Youth and their Families.

UPDATED 1/19/10: DSCYF has also created a web-resource related to the Bradley case, which includes links to articles on how to respond to a child’s disclosure of abuse, where to find a trauma counselor in Delaware, and Q&As about trauma and counseling. You can see these resources at this link. The Division of Libraries has also created an online resource guide, and additional contact info and descriptions of services for a number of Delaware organizations providing these types of service can be found at the Delaware Community Resources Exchange wiki.

Most Delaware public libraries offer numerous books and other material related to child abuse therapy, including books targeted to children as well as guides and advice to parents and other family members. Pittsburgh Action Against Rape recommends the following books which are available from Delaware libraries in Kent and Sussex counties: