Casting Your Vote for the Arts

A coalition of Delaware non-profit organizations involved in arts and cultural activities throughout the state recently produced this non-partisan guide for voters, which outlines candidate’s views on the arts in educations and the Delaware economy:

The Delaware Heritage Commission, a sister agency of the Division of Libraries, will be holding its annual Delaware Authors Day on Saturday November 6th at the Agricultural Museum in Dover. It’s a free event running between 9 a.m. and 3 p.m.

If you’re a Delaware author interested in participating in the event, it’s not too late to sign up. Check the Heritage Commission website for more details. This year, in anticipation of the forthcoming observance of the Civil War’s 150th anniversary, there will be speakers whose specialty is the Civil War, and they will kick off Delaware’s official schedule of events observing the anniversary.

The works of some of the featured authors are also available from your local library- aviation historian Jan Churchill, Terri Clifton, Rehoboth humorist Fay Jacobs, and Bradley Skelcher are among the many attendees who have books available in the collections of various libraries.

If you can’t wait until November, Oak Knoll Books is having its very own mini- local authors day on Oct. 23rd. Click here for more info.

Every year for more than half a century, the National Book Foundation brings together writers to select the best of American writing in various categories. The 2010 nominees were announced recently and as usual, are some of the most incredible, provocative, challenging and thought provoking works in the world. Most titles are available from your Delaware public library- click on the title below to connect to the listings in the online catalog to find out more, read reviews, and find a copy in your local library (or have one sent to you from anywhere in the state)

You can see the full list, including the poetry and Young Adult categories, at this link 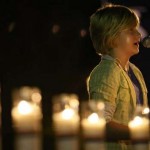 This week’s Sunday book reviews in the New York Times provides the usual wealth of choices. Here are a selection of titles that are currently available from one of your Delaware public libraries. You can now place requests for any public library-held title, so even if you don’t see a copy held by your local library, place a hold and an available copy may be sent from anywhere in the state to the library you select: 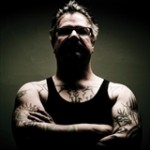 Here’s a swift return to more traditional blog content! We always want to be a place where we share what we’re reading and learning- and we hope you do too! I’ve been a fairly close follower of the Harry Dresden series by Jim Butcher- if you aren’t familiar with it, it’s a gritty noir-style fantasy series which mashes up police procedural with vampires and shapeshifters in a kind of Vachss-influenced underworld Chicago. And did I mention the protagonist is a wizard?

Not to give anything away, but it appears that we might be in for a bit of a wait until the next Dresden title….so what to read? I also have the same quandary with Lee Child at the moment, after the cliffhanger ending of his most recent 61 hours. Fortunately, the kind folks at Harper Collins recently sent along a promotional copy of the newest Richard Kadrey novel- the next in the Sandman Slim series. I’m not going to say that there are TOO many similarities- largely because by the look of his jacket photo (above and to the left), Kadrey is not someone to pick a fight with- but everything that I found enjoyable in Dresden I find more so in Slim. They’re even more hard-boiled and MUCH more tightly written and plotted. So if you’re a fan of this kind of fantasy genre, think about reading the first in the series- Sandman Slim- and keep an eye out for Kill the Dead, which was published on October 5th. And don’t just take it from me- Cory Doctorow really liked it. You can read his review at this link. 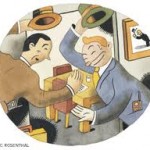 New Castle County Libraries are hosting a series of events, starting next week, on the theme of civility. Events at the Woodlawn and Bear libraries, on the topic “Civility in a Diverse Community” will feature Wanda Lopez, Executive Director of the Governor’s Advisory Council on Hispanic Affairs and Sandra Bucay, President of First State LULAC Council, who will co-present a program on how we can treat all people with respect, regardless of different viewpoints.

The Diverse Community programs are scheduled for:
Wednesday, October 6 @ 7pm at Woodlawn Library
Wednesday, November 10 @ 7pm at Bear Library
You can download the flyer for the event at this link (opens in .pdf format).

On Monday October 18th, Joe Ehrmann, former NFL football player, will appear at St. Mark’s High School in Wilmington to discuss civility in sports. This even is also free and open to the public, and begins at 7 pm. Ehrmann was the subject of Jeffrey Marx’s Season of Life, which is available from your public library.

Great news for Delawareans today- the Division of Libraries will receive a grant of almost $3 million from the federal government and the Bill and Melinda Gates Foundation to create job training and learning centers in each county, deliver online employment training and education programs, and to improve access to broadband internet services at all Delaware public libraries. You can read the full announcement below or at this link

This regular feature has been in hibernation for a few weeks while the statewide catalog comes together. This week, we’re back to featuring some selected reviews from this week’s New York Times Sunday book review section. These critically-acclaimed and newly released titles are available from your Delaware public library- wherever you are in the state. Click on the titles to check availability or to place a hold.

Here’s a first draft of a user guide to the new online catalog. It features instructions on how to search, use the enhanced features of the catalog, and view your checkouts and holds through the account management features: