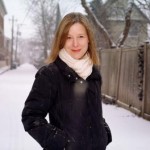 New Castle County Libraries are delighted to present Ann Patchett, acclaimed author of Bel Canto, on Monday, April 12. Winner of both the PEN/Faulkner Award and the Orange Prize in 2002, Bel Canto is this year’s New Castle County Reads selection. Join us in welcoming Ann Patchett to Delaware.

This will be the literary event you won’t want to miss. A book signing will follow the presentation.

Ann Patchett will do a presentation on Monday, April 12 @ 7 pm at the St. Mark’s School Auditorium. (click here for directions.)

Public Libraries and the Internet

The recently-released report Opportunity for all: How the American Public Benefits from Internet Access at U.S. Libraries is the result of a collaboration between the Bill and Melinda Gates Foundation, the University of Washington, and the Institute for Museum and Library Services. It’s the first large-scale study of who uses the internet in libraries, and what they use it for- nearly 50,000 people were polled by phone, online, and by extended interview.
The report confirms “the unique role that public libraries play in the evolving digital landscape”, with key findings including: