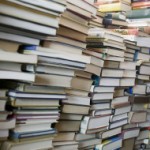 Click on the links to see lists of new additions to the Delaware Library Catalog: 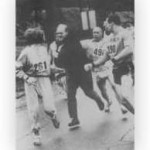 I apologize for being so remiss about recognizing Women’s History Month so far into March. I was waiting for a personal library/learning moment and it took a little while to arrive! Finally over the past week or so a couple of things made me think about the importance of recognizing the unique accomplishments and struggles of women in the United States- and of recognizing complacency even though the United States only ranks 31st in the world for gender equity (Iceland is number 1!)

END_OF_DOCUMENT_TOKEN_TO_BE_REPLACED

Black Hearts, Jim Frederick’s account of a horrific crime carried out by a U.S. rifle company in Iraq, is an “extra ordinary book… a testament to a misconceived war, and to the ease with which ordinary men, under certain conditions, can transform into monsters.”
Lionel Shriver’s So Much for That is a semi-comic novel about the corroding effects of money on character- although the critic found that the overly detailed plot, revolving around health care, reads at times more like a position paper than a novel.
The Surrendered by Chang-Rae Lee has been getting a lot of media attention over the past couple of weeks for his powerful novel “about the horrors of war and the horrors of survival” set in and around the Korean War.
The history of the doomed Franklin Expedition’s search for the Northwest Passage is told once more in The Man Who Ate His Boots. This is a well-done history by a respected polar historian- but to me the last literary word on this topic will always to to Dan Simmon’s chilling (literally) horror/history The Terror
Holy Warrors: a Modern History of the Crusades presents the paradox of the crusades- where warriors committed acts of almost unparalleled savagery as well as self-sacrifice and piety, often in the space of a single campaign- Jonathan Phillips’s book is the “best recent history of the Crusades; it is also an astute depiction of a frightening cast of mind.”

Finally, while we still can’t bring you any copies of The Man from Beijing (later on this week, hopefully) if you turn your eyes 2,000 miles to the South, Marti Leimbach’s Vietnam War thriller Man From Saigon is “fast paced and vividly descriptive.”

And the winner is…

This week, the National Book Critics’ Circle awarded its top prize for fiction to Hilary Mantel’s Wolf Hall, a richly detailed and dramatic tale of the marriage of Henry VIII and Anne Boleyn, as seen through the eyes of Thomas Cromwell, a “new man” who must navigate the treacherous and potentially deadly struggle for supremacy between church, state and the aristocracy.

You can read the full results at this link

It was wonderful to read about the incredible service that Hope Tyler has provided Lewes Public Library over the past 18 years. Ms Tyler has served the library in a number of capacities since 1992, and the library honored her service at a recent event:

On hand to honor Hope and the approximately 100 other library volunteers were library board and staff members; community leaders; Sen. Gary Simpson, R-Milford; and Rep. Ruth Briggs King, R-Georgetown. Hope was honored with legislative proclamations from the Delaware State Senate, sponsored by Simpson and Sen. Joe Booth, R-Georgetown; and from the Delaware State House of Representatives, sponsored by Briggs King.

Click here for the whole story from the Lewes Cape Gazette. 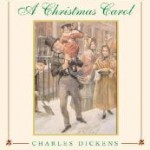 Yesterday, I walked into a meeting at the Greenwood Public Library with a Post-it-flag-filled non-fiction book. Not all that unusual for research. But, I also carried a much-flagged fiction book. Just as our State Librarian, Annie Norman transcribes her non-fiction finds to share with her staff, I transcribe my own. Now, I am starting to transcribe my fiction reading. Let me open the pages of Homeland for you to a few  passages that speak to novels, books and those who read them. Remember that these two women write to one another from the wilds of Deer Island, Maine to the city of Vicksburg, Mississippi throughout the Civil War.

Cora ~ “I have realized this about novels: they are like conversations or acquaintanceships, that change us deeply by widening our experience. They are like friends.” Susannah ~ “Mrs. Elliott would say, like your Father, that we should read only what improves the mind, but I don’t think that’s so. Sometimes we just need to rest our minds, to let our hearts sit quietly next to a warming fire while the chill abates.” Cora ~ ” I re-read the novels I read last winter, encountering new things…it is as if new chapters grew in them when I wasn’t looking.” And, lastly, Susannah ~ “This is what they do for us, both books and friends: they remind us what it is to be human. As you wrote to me, they are the window into sunlight, even if we ourselves are shut in the dark.” Enough said there, I think.

How does this effect that meandering learning path of mine? First, these written conversations between Cora and Susannah sparked an interest in the lives of women during the Civil War. Before the book’s end, I reserved Mary Chestnut’s Letters and started a search for a similar author with a Northern viewpoint. Second, imagine my joy when I found Hambly’s sources list at the back of the book! I am on the hunt for A Maine Town in the Civil War by Vernal Hutchinson and My Cave Life in Vicksburg by A Lady (Mary Webster Loughborough).

And why is A Christmas Carol pictured here? To remind us of our good fortune. We can borrow this from any of our local libraries. As the war progressed and the books disappeared, Cora and Susannah “read” the classic each Christmas by recalling it from memory.

Remember that you can get new postings sent directly to your email address by clicking on the link below:

Clicking on the link will take you to the FeedBurner site and should click on “get Division of Libraries delivered by Email” in the upper right of the screen. You will then be asked to enter and authenticate your email address. You’ll then receive an email from FeedBurner to make sure the address is correct, and once you click on the response link in the email your subscription will be activated. Alternatively, you can subscribe in an RSS reader, or follow @askalibrarian on twitter.

We were extremely happy to see Pagan Kennedy’s review of Marilyn Johnson’s wonderful book on libraries and librarians- This Book is Overdue– in which yours truly and our fellow professional “guardians of all there is to know” struggle in daily battle against the loss of cultural memory, the physical decay of media, and the lure of the internet. It sounds like a superhero tale- and it is! We really think that everyone should read it at least once!