Saving Money with Your Public Library

This story caught our attention recently- all the way from Massachusetts’ Cape Gazette:

A library card can be a real money-saver, according to University of Delaware Cooperative Extension educators. A family that spends $12 for two DVD rentals, $6.99 for a paperback and $27 for the reference book a child needs for school in a month could be spending more than $500 a year unnecessarily.
“Don’t give up reading or movies; rather, discover all the free offerings that are as close as your local library,” says Maria Pippidis, a family and consumer science educator with University of Delaware Cooperative Extension. “A library card saves you from pulling those other cards – debit and credit cards – out of your wallet,” notes Pippidis. “If you haven’t been in a public library lately, you may not know about the wide range of print, audio and video items that can be checked out, free of charge.”

END_OF_DOCUMENT_TOKEN_TO_BE_REPLACED

After zipping through 2 fiction titles in one week on my commute and zapping through 2 more over the weekend, I stopped and looked around. My fiction selections for the last few years have been confined to “reading with my ears” as I ride to and from work each day. But over the last few months even this has waned. So, what’s up? It’s the words. I am in need of imaginative narrative, of a beautifully turned phrase. Has this happened to you? Sometimes we need to form mental images of people, things and places that do not exist. Or, maybe they do exist but have been reinvented within a story.

In terms of my learning paths, fiction often provides the context for my non-fiction explorations. It provides color to the pencil drawings. A fellow librarian once said, “Non-fiction helps me learn about my world outside. Fiction helps me learn about my world inside.” Beautiful words, aren’t they? Find many more in my favorite reads from last week: Kostava’s The Historian and Hambley’s Homeland. 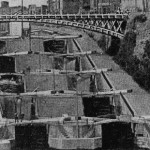 We’ve posted before when public figures have praised the importance of libraries to their own lifelong learning and accomplishments, and when they have emphasized the importance of public libraries to culture and society. (see here and here, for instance). This recent article on the Smithsonian Magazine website is the latest in what we hope will be a never-ending series.
This recent article appealed to me on two fronts. Joyce Carol Oates is a literary author who is incredibly well-regarded by critics and the reading public alike, and in a previous job, I spent several years working on the papers one of the world’s most famous capitalists that no-one has ever heard of- John J. Raskob, who was born in Lockport and wrote nostalgically about the town through his long and fascinating career- I was so steeped in his letters and the minutiae of his life that I felt like I knew the streets of the town even though I had never walked them. Good writers can do that.

The full article is lengthy but well worth taking the time to read, and as good as summary of the cultural and societal importance of public libraries as anything else that I’ve seen. Here’s an extract:

The Lockport Public Library has been an illumination in my life. In that dimension of the soul in which time is collapsed and the past is contemporaneous with the present, it still is. Growing up in a not-very-prosperous rural community lacking a common cultural or aesthetic tradition, in the aftermath of the Great Depression in which people like my family and relatives worked, worked and worked—and had little time for reading more than newspapers—I was mesmerized by books and by what might be called “the life of the mind”: the life that was not manual labor, or housework, but seemed in its specialness to transcend these activities.

Read the whole article at the Smithsonian Magazine website.

This week’s New York Times Book Review presents a typically outstanding selection of fiction, nonfiction and biography- all available from your local public library. We’ve listed a few of the reviewed titles below, and you can click on the link to check availability in your library and to place a hold- remember, even if the book isn’t in ‘your’ library, our vans cross the state from North to South, East to West every day to bring the books you want practically to your doorstep from whichever library they are available from!