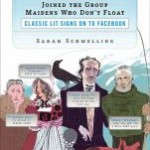 A highlight of this year’s Delaware Library Association annual conference was a booktalk by the author Sarah Schmelling about how she came to write Ophelia Joined the Group Maidens Who Don’t Float. The book is an extended version of Schmelling’s original concept for a Facebook newsfeed version of Hamlet– originally published by McSweeney’s and then extended- and inspired in part, according to the author, by sleep deprivation following the birth of her first child.

Sarah was insistent that Ophelia is a parody of neither the works themselves or Facebook culture, nor is it a Cliff’s Notes- she defined it as a “corollary” to the original works, and hopefully will engage people to return to the originals (in the same way that Twilight has increased reading of Wuthering Heights, perhaps?) in the same way that she was- Sarah was very grateful that the project caused her to re-read or read for the first time some of the greatest work in Western literature. Writing the book made this work come alive again and rekindled her love and respect for many of these novels.

While Sarah felt that the ease of transition of most of the works given the Facebook treatment really confirmed their ongoing relevance, there were a couple of books that didn’t work out as planned. Joyce’s Ulysses was just too hard, for instance, and the a draft newsfeed version of Catcher in the Rye was simply too sad to read, so Sarah replaced it in the final book with a Facebook profile of Holden Caulfield.

Finally, Sarah is particularly excited by the enthusiasm that students and teachers have shown for these versions of so many books that are typically assigned reading in American high schools. She gets a lot of feedback from educators about how they’ve used her format as a teaching and learning tool in classroom work.

…on the brain this week. First, in my continued search for Civil War journals/letters written by women, I happened upon this gem. Women’s Letters: America from the Revolutionary War to the present offers cultural insight into a population rarely mentioned in history classes when I was a girl. Taken as a whole, the shared correspondences read very much like a journal. Second, it looks like we will be presenting the Learning Journeys program this June at the Chautauqua sponsored by the Division of Historical and Cultural Affairs in the Lewes Historical Complex. That triggered a renewed search for Commonplace Books, the 17th-19th c. version of our learning journal, for our Delaware Library Catalog. Third, be on the lookout for an amazing journaling adventure with our partners, the Delaware Division of Arts next month. Intriguing, right? And last, I have a stack of 11 books waiting to be returned the library…but they need to be entered into my GoodReads journal first! Told you…journals on the brain. 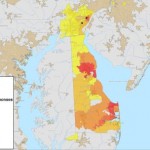 As part of the Division of Libraries’ work with the Bill and Melinda Gates Foundation, all of Delaware’s public libraries participated last year in a survey which measured the impact of access to public computing services in public libraries. From March to June 2009 400 public libraries across the United States participated in a web survey hosted on library homepages and related websites- in Delaware, more than 400 respondents answered questions about how they used free public computing services for civic engagement, economic opportunity, access to health information, and social inclusion.

The map above shows the concentration of responses across the state, and you can read the full report for Delaware at this link or in the embedded version below the fold. In brief, however, the results of the survey make a strong case in support of the value of public access computing in our public libraries- respondents found these services to be invaluable in many different aspects of their lives from finding employment, accessing egovernment services, seeking out reliable health information, and participating in civic and social relationships.

END_OF_DOCUMENT_TOKEN_TO_BE_REPLACED 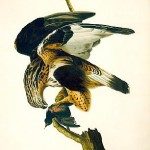 I noticed this morning that today is the birthday of James Audubon, America’s most famous ornithologist and naturalist. He was born 225 years ago in Haiti, and fled to the United States 18 years later. In his most famous work, he illustrated more than 1,000 American birds in a series of 435 engravings- releasing them to subscribers 5 at a time over the course of 11 years. (the plate featured above is Buteo lagopus, or the Rough Legged Hawk)

If you want to see the illustrations in all of their original size and majesty, you could do worse than take a trip to Philadelphia’s Academy of Natural Sciences. Every Friday, the Academy turns over a new leaf in its mammoth “double elephant folio”-sized bound collection of original plates from Audubon’s Birds of America (more than 50 inches tall!) If you go back every week for 8 1/2 years, you’ll see the full collection. Alternatively, you can check out a much more portable at 23 inches tall, “baby elephant folio” version of the book from your Delaware public library.

Two highly recommended books in this Sunday’s New York Times come from the one particular side of the political aisle. No Apology, by Mitt Romney and Karl Rove’s Courage and Consequence “offer far deeper insights than have ever been available before” into the the men themselves and to some extent the future and the past of the GOP. Rove’s book offers a nuanced and ultimately respectful view of the last President’s accomplishments, along with an account of his own life and thoughts on political strategy and campaigning. Romeny’s book is not “a classic candidate-in-waiting book”, but is full of his hallmark “corny sense of humor, blunt patriotism and strait-laced formality”, as he presents a plainspoken critique of the current administration and an obvious preview of themes we will hear more of in 2012.

Other titles reviewed this week include The Heights, by Peter Hedges- a “remarkably cheerful” view of a struggling middle class family’s adaptation to suburbia, and Stuff by Randy Frost, which presents 20 years of research and case studies of compulsive hoarders.

Q: I live in Maryland but purchased a sofa in Delaware. Why was I charged sales tax? 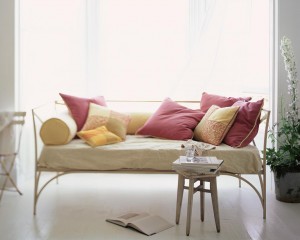 Q: I live in Maryland and purchased a sofa from a furniture store in Delaware.  Since I had the sofa delivered they charged me both sales tax and a delivery fee.  But, they said if I picked it up I wouldn’t be charged tax.  How can they tax us when the item is purchased in a non-sales tax state (DE).  Thank you.

A: I checked with both the Delaware tax office and the Comptroller of Maryland regarding your question.

You were charged sales tax because tax is owed in the state where you will take possession of the item, Maryland.  In the case of out-of-state purchases it is called a use tax, not sales tax.  The retailer charged you 6% tax since that is the amount of tax owed in MD.

If you had purchased the item in Delaware without having it delivered to avoid paying the tax, you are supposed to file tax form ST-118A.

This form is used by consumers to report and pay the use tax on taxable tangible goods that were purchased tax-free out of state and are used in Maryland and subject to Maryland’s 6 percent sales and use tax.

Learn more about the Maryland Use Tax here. 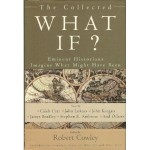 While searching for a local connection to Earth Day this morning, I visited the This Day in Delaware History spot on the Delaware Public Archives site. No Earth Day reference but I noticed that This Day is compiled by Roger Martin, historian. The librarian in me kicked in and a quick Google search revealed that this retired teacher and member of the Delaware General Assembly defines finding/following a learning path across a lifetime. Need proof? Ed Okonowicz wrote a piece about Martin for the UD Messenger in 1998 titled Rummaging for Delaware’s Forgotten History that explains it all. When you read it, you will realize I am not the only one who (un)earthed a few things.

Meanwhile, I’m tracking how often historians, historical documents and rare  books seem to be popping up on my own path lately. Interesting to note, as always… 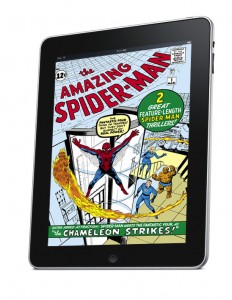 In my initial early-adopter enthusiasm about Apple’s new iPad, I may have said some intemperate things about the future of the comic-book industry because of new distribution and readership opportunities presented by this type of emerging digital platform. My co-worker Beth-Ann suggested that since we’re both comic book readers, we should take the opportunity to ask some of the comic-book store owners in the area what they thought about the issue, and if they had any concerns, hopes, or expectations about digital comic reading.

I had a conversation with Sarah Titus, the new owner of The Comic Book Shop in North Wilmington, and Beth-Ann spoke with Joe Murray, owner of Captain Blue Hen Comics, about what they thought the actual impact of this type of technology might be on their businesses.  They both had a number of interesting observations–first, importantly, they are both not worried.

END_OF_DOCUMENT_TOKEN_TO_BE_REPLACED

In this week’s New York Times Sunday reviews, there are a host of reviews of new works by all manner of the most eminent authors in English and American letters- Ian McEwan, Anna Quindlen, and Ann Lammott, amongst others. In this week’s summary of the reviews, I’ve broken out a few reviews of some of the less well-known, or debut works: 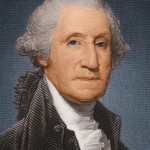 Apparently George Washington may have actually crossed the Delaware to escape from librarians rather than Hessians. Full story here.

John Jay and Alexander Hamilton may have been lesser luminaries of the founding of our nation, but were much better at following the library rules, according to the records of the New York Society Library.