The Glimmer Twin @ Your Library 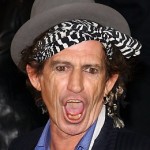 Books to look for

During a late-night online conversation with Laurel-based twitterer @thatselbert over the weekend we briefly digressed into a few comments on the “perks” of working in a library. I don’t think that there’s much of an argument- if you work in a library, publishers want to give you books, sometimes months before they’re available in stores, so that you can write about them and recommend them and contribute to the ‘buzz’ around this or that title- more often than not, perhaps, titles that aren’t going to consume all of the publicity oxygen available.

Now that publishers are starting to prepare their summer releases, and we’re also in conference season, advance copies have been thick on the ground. Here are a few that I’ve read recently that I was impressed by, and I’m hoping that you will get to see these in your Delaware library- most are slated for a May publication date:

Here are some of the books featured in the most recent New York Times Sunday Book Reviews. Click on the titles to see holdings in the Delaware Library Catalog, learn more about the books, or place a hold.