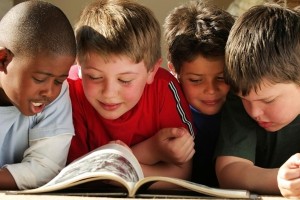 New York Times columnist Nicholas Kristoff contributed to the kids summer reading debate last week with his column on the Best Kids’ Books Ever!
I was immediately tempted by his recommendation of On to Oregon!- a thrilling tale of a pioneer family whose parents die early en route and who must finish the grueling journey alone- although Mr. Kristoff must not have run his choices past a librarian, because if he had, he would have discovered that On to Oregon is now entitled Seven Alone (it’s also available as a movie, but in the spirit of summer reading, keep that a secret from the young ones). Kristoff’s other choices are all good stuff, from the wonderful Anne of Green Gables to Alex Rider and Harry Potter.
You can offer your suggestions (or those of your kids) at his blog

Q: “Is the capitol building open for tours on Saturday?”

For more information and guidelines on visiting the Capitol please check:
http://regulations.delaware.gov/Tour/services/guided_tour.shtml

Background on the Uighur demonstrations 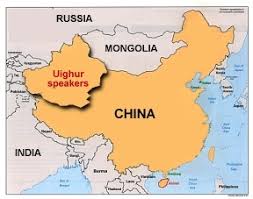 Recently overshadowing the tension over the disputed election in Iran is an outburst of ethnic violence in the far-Western Chinese province of Xianjiang, between the native Uighur population and the transplanted Chinese majority Han residents of the capital city of Urumchi. This region’s history as a waystation on the fabled silk route means that there is a tremendous cultural and historical significance to the land and its people.

You can read a background history on China’s relationships with the Uighurs here– enter Delaware Division of Libraries for the library name and select “Access the Complete Article” to read Chapter 7 of Shu Shun Luh’s “Peoples of China” (from EBSCO’s Non Fiction Book Collection.)

This New Statesman article is also a recent and interesting account. (You’ll need to enter your Delaware Library Catalog account number and PIN to access the article through Academic Search Complete)

You can also check out books from the Delaware library catalog concerning the history and culture of the region, here, here, and here.

Q: Can you return books and movies taken from one library at a different library?

We also have a state-wide delivery system.  Just let the library staff member know your book/movie needs to be sent to a library in a different county (and be aware items may take up to a week to be received).

This is the first time on our new blog for our weekly new item announcements!

Get Free for free

In a publishing experiment, Chris Anderson (author of the influential The Long Tail) has made his newest title FREE available in the first of what is to be several digital forms- you can read the entire book for FREE on this blog (switch to slide mode or full screen for easier reading), or download or embed it to your own website. In a tragic accident today, Delaware’s citizens lost an outstanding contributor to American’s civil rights when Littleton Mitchell died in an automobile collision near his house in Delaware City.

From his service as a Tuskegee Airman to his lengthy involvement in civil rights activism in Delaware, including his service as chairman of the Delaware NAACP, along with his lifelong mission of helping children in distress, Mitchell will always be remembered as a history-maker in our state.

Mitchell gave a lengthy 1997 interview about his life and accomplishments to the University of Delaware. He was also featured in the Delaware Humanities Forum documentary on the 1968 National Guard occupation of Wilmington, A Dream Deferred. 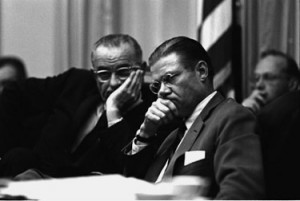 Died today at the age of 93. you can read his obituary in today’s New York Times. There’s an official biography of his tenure as Secretary of Defense at the Department of Defense website.
The Delaware Library Catalog has a number of items available for anyone interested in a deeper understanding of McNamara’s contributions to America’s postwar economic and foreign policy history:

You can also read interviews with McNamara at the Lyndon B. Johnson Library’s website, or watch some videos of interviews on YouTube

We recently received these rankings from the National Center for Education Statistics’ report, Public Libraries in the United States: Fiscal Year 2007, June 2009
The figures in the columns 2002-2007 are Delaware’s ranking of all the U.S. states for the particular categories.

On a related note, we are celebrating the fact that the Delaware Library Catalog recorded more then 2 million circulation transactions during the financial year that closed last week. It’s a considerable benchmark, one that we’re very proud of.

The cover feature from this Sunday’s New York Times Book Review was for Methland by Nick Reding, an account of the impact of the methamphetamine epidemic on the small town of Oelwein, Iowa. The reviewer praises the book as an outstanding example of “shoe-leather reporting”- you can read an excerpt here. It could be an interesting accompaniment to the first season of Breaking Bad, which was recently released on DVD and is available through the Delaware Library Catalog. Frank Owen’s No Speed Limit, released in 2007 is another well-reviewed non-fiction account of the scourge, although Owen’s book is more scholarly than journalistic- but equally vivid.