As many of you have seen in the news today, former Governor Russell W. Peterson died Monday evening at the age of 94. 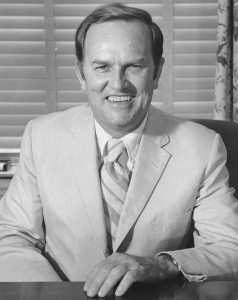 The former governor was known world-wide for the Coastal Zone Act of 1971, which protects Delaware’s natural resources by outlawing large industrial development along the coast. According to The News Journal, although Peterson’s passion was the environment he also streamlined the government by eliminating more than 100 commissions and boards and forming the 11-person Cabinet. And, he appointed the first black member of the University of Delaware’s Board of Trustees.

The Delaware Library Catalog has several books about Peterson, as well as books he has authored.  More information, including primary source material such as photos and his papers may be found at the Delaware Public Archives.

Google introduced its Art Project website today, which allows users to explore hundreds of works of art from some of the finest museums in the world, all in incredible detail.

Already some journalists and bloggers have commented that this takes away the serendipitous experience of discovering a work of art on their own.  As a librarian, I think it will have the opposite effect. I believe that allowing people to virtually explore galleries will draw them into the physical galleries.

Some thought that technology, especially the internet, would be the end of libraries.  Why would anyone actually go into the library when everything is available online?  But the opposite happened; demand for library services has increased.  Libraries are the place to explore new technologies, discover new books and movies, take classes, and have your challenging questions answered.

I think Delawareans get it.  I previously blogged about how we worked with the Delaware Public Archives and Government Information Center to make the entire Jackson and Sharp Co. photo collection accessible online.

Our public libraries have also been digitizing some of their great photographs and postcards.

And, unrelated to library-land, the Delaware Art Museum has had an interactive Pre-Raphaelite website up for over 3 years which is similar to Art Project.