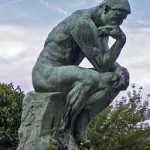 Kathy here: This post started simply enough. Libraries are building more and more patron-added content into their sites/catalogs through comments, reviews and ratings. This is a good thing. To gently emphasize the point, I wanted to share Philip Sheldrake’s visual story of Content: An Illustrated History of Creation, Curation, Circulation & Consumption. While it shamelessly promotes the social aggregator to which he is currently connected, My Taptu, it neatly portrays the spread of “content ownership” across the ages.

Then, the so-what/where-is-this-going thinking started. What content is considered value-added? And, who decides value anyway? Does this make McLuhan’s the medium is the message more or less relevant? These questions led me to discussions about media literacy and the expanded importance of critical analysis of those messages shooting through our varied devices. The Media Awareness Network provides a handy primer for us.

Finally, I found that the quote in Katlen Tillman’s article, Do Media Literacy, Digital Literacy and Social Media Literacy Intersect? captures my view-of-the-moment. “It isn’t about media literacy, or digital literacy or even social media literacy – at the center of it all it’s about communication literacy. This is the ability to speak, understand, read and write in an authentic manner, which enables relationships to create bridges of engagement through dialog and storytelling – to make connections.”  Sounds like there is room for all of us, doesn’t it?  I welcome your insights on the topic. 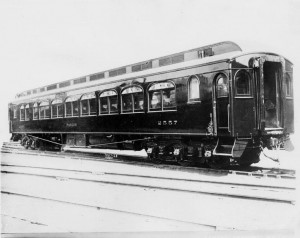