“Is Wikipedia a reliable source?” 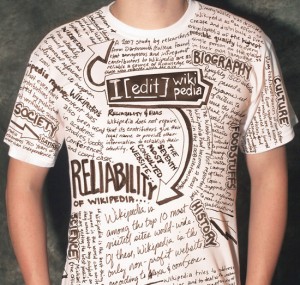 What an interesting question!  Since Wikipedia’s inception in January, 2001 (See CNN’s 2005 Q & A with Wikipedia founder Jimmy Wales), this online encyclopedia has stimulated on-going discussions about its reliability.

Wikipedia uses wiki software to create it’s many pages and the ability for users to create accounts and add and edit information.  The idea of a community-contributed encyclopedia that is self-regulating has been of interest to many Internet users world-wide; Wikipedia is not the only collaborative resource available for participation and use.  Mr. Wales offers further explanation:

“One of the big misconceptions about Wikipedia, people imagine that it‘s something like one million people each adding one sentence each and somehow miraculously it becomes something useful. But in fact what actually makes it work is the community. There‘s a really strong community of people behind the site and they are in constant communication by email and IRC chat rooms and things like this. And so they are monitoring every change that goes to the site – there are people who are looking at it and vetting it and trying to see if it‘s good or not.”

According to Wikipedia’s statistics, on May 5, 2013 for the English version there are 1,444 administrators and a few thousand editors who monitor and make changes to content as appropriate.  The software functionally alerts readers of updated and changed information, making it easier to determine when a change has been made.  In fact, you can see the revisions yourself:  look at the upper right hand corner for “history”.  When you click on that, you should see a list of when a change was made, what was made, and by whom. 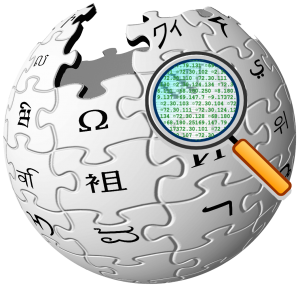 Because Wikipedia’s reliability has been in question while increases in use have driven its popularity,  there have been studies comparing this online encyclopedia with a well-known, highly reputable source, the “Encyclopedia Britannica.”   For example, “Nature” conducted comparative research on a sampling of science articles and information in 2005 and reported the Britannica Encyclopedia (online version) was a similar source when compared to Wikipedia. As reported on the “Reliability of Wikipedia” —

“Based on their [Nature’s] review, the average Wikipedia article contained 4 errors or omissions; the average Britannica article, 3. Only 4 serious errors were found in Wikipedia, and 4 in Encyclopædia Britannica. The study concluded: “Wikipedia comes close to Britannica in terms of the accuracy of its science entries”, although Wikipedia’s articles were often ‘poorly structured’.”

One result was that the Wikipedia community worked harder to further its waning reputation.  (Wikipedia contains an article that might be of interest called:  “Errors in the Encyclopedia Britannica that have been corrected in Wikipedia.”)  Other studies have been conducted and publicized, giving users more to consider when using it for research and information purposes. The Wikimedia Foundation, which supports Wikipedia, offers “Seven years after Nature, pilot study compares Wikipedia favorably to other encyclopedias in three languages” which was posted by Dario Taraborelli on August 2, 2012.  In this article, Taraborelli explains:

“… Wikipedia articles in this sample scored higher altogether in each of the three languages, and fared particularly well in categories of accuracy and references. As the report notes, the English Wikipedia fared well in this sample against Encyclopaedia Britannica in terms of accuracy, references and overall judgement, with little differences between the two on style and overall quality score.”

So does this mean Wikipedia is a reliable source of information?  And how do librarians use Wikipedia?

Librarians have training in the evaluation of web (and other types of) resources.  In simple terms, we’re taught to look for authority, authorship, accuracy, credibility, currency, and objectivity.  Cornell University’s Libraries offer an in depth guide to criteria and tools for web evaluation that you might find useful when scouting for reliable sources of information online.  Because Wikipedia is easily edited, it’s not considered reliable.  But it is commonly used and can be useful as a starting place for research, especially for finding the sources that are cited in each article.  In summary, here are some tips:

It’s a useful tool, but caution is the key word!  Schools and academic libraries, businesses, organizations and public libraries all need the strength of unbiased, current sources and to find ways to work with the growing popularity of Wikipedia and other online tools.

Thank you again for your question!  If you need further information or have questions in the future, please feel free to ask your Delaware librarians online and in person.  We’re glad to help, anytime!