Q: “I have a paper to write about how Earth Day started.  Can you give me some resources to help?”

Happy Earth Day!  It is celebrated every April 22!

Earth Day has evolved a bit over the years.  According to the Earth Day Network,  April 22nd “marks the anniversary of what many consider the birth of the modern environmental movement in 1970.”  It began as a way to focus upon and learn about the environment around us and our impact, and to work on ways to help sustain and nurture our planet.  As mentioned on History.com, Earth Day is now celebrated around the world.

It also marks the beginning of the U.S.  Environmental Protection Agency. In the spring of 1970, Senator Gaylord Nelson (Wisconsin) saw the establishment of April 22 as Earth Day as a way to force this issue onto the national agenda, largely because of his efforts and the millions of Americans who raised their voices in support.  As recounted on the EPA’s site, “In December 1970, Congress authorized the creation of a new federal agency to tackle environmental issues, the U.S. Environmental Protection Agency.”  The Clean Air Act and Clean Water Act soon followed.

Senator Nelson’s description about how Earth Day came about is found on EnvironLink.  There is also a website called “Gaylord Nelson and Earth Day” dedicated to Senator Nelson’s vision and work, which includes background leading up to Earth Day as an internally-recognized day to promote environmental awareness.  Earth-Sky Science News offers another view, answering the question “Why is Earth Day celebrated on April 22?” 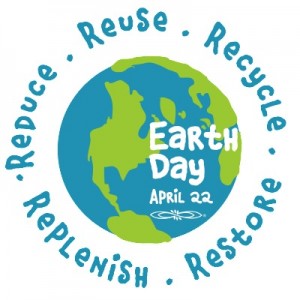 You might enjoy the NBC’s Special Correspondent Tom Brokaw created a visual summary history about Earth Day, which is freely available on Hulu (an online video sharing site).  Mr. Brokaw highlights Senator Nelson’s move toward an Earth Day during a period of time in U.S. history when pollution was beginning to have devastating effects on nature. Further statistics and facts can be found on InfoPlease including a list of biographies of others who were instrumental in this movement, such as Rachel Carson (who wrote “Silent Spring” which is “generally acknowledged as the impetus for the modern environmental movement”).

The Delaware Library Catalog has a vast array of library items from books to DVDs about Earth Day, for all ages.  These include histories, biographies, and things you can do.  If you have questions about events or need more information about environmentalism, going green, and topics related to Earth Day, please feel free to drop by our libraries or chat with us online.  We love your service and support of our libraries!