Q: “What is the difference between relative humidity and dew point?”

Question:  “What is the difference between relative humidity and dew point?  I hear this on my local weather broadcast but don’t know what they mean.”

This is right in time for the start of the summer season!  Whether it’s offered as ‘dewpoint’ or ‘dew point’, the confusion of these terms it seems to be one that is fairly common.  And it’s so commonly misunderstood some of those who give us daily weather forecasts discuss how to describe this to the public as well as providing a thorough explanation, as shown on Meteorologist  Jeff Haby’s site “Weather Prediction” at:

“Explaining Dewpoint and Relative Humidity to the Public” is specifically found at:

The U.S. Government Department of Energy’s site also has information, as presented in a more informal question-answering style:

As stated there, “The first thing you need to realize is that warm air can hold more water than cold air. Then dew point makes sense.”   The explanation then goes on to tell us that “dew point is described in degrees of temperature,” while “relative humidity is given as a percent.”

The NOAA’s National Weather Service gives thorough definitions, too.  For dew point, the site states:  “A measure of atmospheric moisture. It is the temperature to which air must be cooled in order to reach saturation (assuming air pressure and moisture content are constant). A higher dew point indicates more moisture present in the air.”  (see:  http://weather.gov/glossary/index.php?word=dew+point)

Relative humidity is “dependent upon temperature,” according to NOAA’s definition.  They further explain that it is:  “A dimensionless ratio, expressed in percent, of the amount of atmospheric moisture present relative to the amount that would be present if the air were saturated.”  (see:  http://weather.gov/glossary/index.php?word=relative+humidity)

In case you are interested, there is a humidity calculator you can freely use online, offered through Vaisala:

Just click on “start the humidity calculator” and give it a try!  It just may help give you a view of how dew point is affected by humidity and overall how temperature plays a role.  (Tip:  You can change the temperature calculator from Celsius to Fahrenheit if desired.)

All this talk of rising temperatures and humidity may get you longing to head to a beach or community pool but wondering where to go.  Feel free to ask your librarians, anytime you have questions!  Just log onto our library chat service, Ask a Librarian Delaware:

Question:  “I hear people say ‘For Pete’s Sake’ a lot. Do you know where I can find the real story where it comes from?” 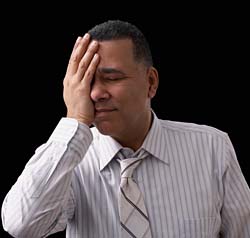 According to Douglas Harper (historian, author, journalist and lecturer based in Lancaster, Pa) on his site, “The Online Etymology Dictionary” found at:

…the modern use of this phrase can be found documented from 1924.  See the specific page on “Peter” at:

An earlier use can be dated to the Middle Ages but it is believed that it was more an exclamation of the Apostle Peter’s name (“Peter!”) rather than “For Pete’s sake!”

The site, Reference.com, offers information about the evolution of this phrase, moving from “for the love of Mike” to “for pity’s sake” and then changing to “For Pete’s sake.”

The underlying theme:  to have a way to shout out without offending or using profanity, such as when a person stubs her toe.  However, if my friend Peter was nearby when this occurred, it could really cause some confusion!

If you ever need any help with finding information, please feel free to ask a Delaware librarian, anytime!