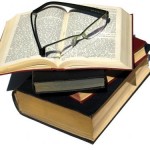 In most libraries, once an item is about a week overdue, a notification is triggered. Some libraries only send out email notices as a cost-saving measure, while others send out notices in the mail as well to those patrons who haven’t elected to provide an email address or don’t have access to email. Because notices go out only after an item is overdue, they serve mostly as a reminder to look for the listed items, and a notification that fines are being accrued. Harrington library is a good point of comparison- they do send out overdue notices, and they have a similar annual circulation and number of registered patrons.

Looking at the overdue bills for each library for 2009, Harrington charged about $3,500 in overdue fees, while Selbyville charged about $3,900, about 10% more. These fees are generated automatically upon the return of an overdue item, so aren’t dependent on any type of notice being sent. It’s hard to really conclusively say whether this is a very significant difference, if only for the fact that another library that is slightly bigger and somewhat busier, charged almost three times as much in overdue fees in the same period of time- so there are clearly other factors that are influencing the result. Does this suggest that receiving overdue notices is one of the least significant influences on library circulation? I would say that it doesn’t seem from this data that receiving a traditional overdue notification made an impact on items being returned to the library in a timely fashion, and it also didn’t seem that the lack of traditional notices created problems for the library in patrons’ accepting and satisfying the bills, a suggestion that there was no great customer service impact. In 2009 the Selbyville library collected slightly more overdue fees as a percentage of fees generated than most other libraries- about 82% instead of an average for other libraries in the high 70% range.

Of course, one notice that the Selbyville library HAD been sending, along with every other library since the report is generated centrally and notices sent automatically from the main library catalog server, but only to patrons who have registered an email address in the system, is the three-day pre-due notification- it says something like “these items will be due soon.” Maybe without this, the results would have been very different- perhaps for most people, getting a notice in advance of their items being due is more helpful than getting it a week too late! My question would be whether patrons are going to return books and other media when they are going to return it, no matter what we do for notification. There are any number of reasons why people can’t make it to the library on the schedule that we are imposing- especially in rural Sussex County.

What are your thoughts? What do you get out of overdue notices, either as a library professional or a library user? Would you prefer to see more, or less, or just different types of notice sent to you- and do you want it by mail, email, or both? Several large libraries in Delaware have moved almost entirely away from mailed notices, largely as a cost-saving measure, and it will be interesting to look at their statistics once several months have elapsed. Could we be seeing the end of overdue notifications (and will you miss them?)