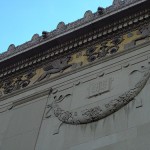 Great books in the Sunday reviews, and big news for the Delaware Library Catalog this week- first, the books:

An outstanding new biography of Abigail Adams by Woody Holton describes Adams as an early promoter of women’s rights- far beyond her well know admonition to her husband to “remember the ladies”. Adams denounced the subordinate status of women often, and vehemently, in her letters to John- all the while managing his American household and estates with intelligence and skill. Holton notes that her final act of liberation toward the end of her life was to write and file her will, with the full knowledge that as property of her husband, any of her documented wishes were futile and unenforceable as legal instruments. If you were wondering if the world needed another biography of a founding mother you may wish to rethink your position.

Richard Ellis documents the challenges faced by animals living in the arctic environment as climate change alters their habitat, in On Thin Ice. It’s a “timely, passionate and comprehensive survey of polar bear history, lore, biology and politics” which suggests that climate change may be the challenge that this animal will not survive.

In current crime fiction, Joseph Wambaugh’s new novel Hollywood Moon brings more of his anecdotal, old-school vignettes of cops on the beat- his stories are still fresh after an almost 40-year writing career. Stan Jones’ Village of the Ghost Bears is a “sturdy murder plot” set in the remote frontier wildernesses of Alaska. P.D. James most recent offering is a slim non-fiction work Talking About Detective Fiction, in which she discusses her high literary style, and praises current writers in the genre for their continuing efforts in “unpretentious celebrations of reason and order in our increasingly complex and disorderly world”.

And now, this weeks news. You may have noticed over the past couple of weeks that the library catalog has begun to include items belonging to the Wilmington Public Library and the Wilmington University Library. By this Friday, December 18th, we hope to have completed the integration of these libraries with the current partners in the Delaware Library Catalog- materials will flow between users of Kent County, Sussex County, and Wilmington public libraries, and the academic holdings of Wilmington University libraries will not only be able to complement the Delaware Tech library offerings, but will also be available across the state to students and non-students alike.

With the addition of the new libraries, the number of holdings available in the Delaware Library Catalog is increasing by more than 30%! Wilmington University has outstanding collections in many of the subject fields that the school offers courses in- including management, education and nursing, and the Wilmington Library, resident in the 1922 building designed in the then-fashionable beaux arts style by Edward Tilton (who trained in the studios of the prominent McKim, Mead, and White), takes to hear the latin script that is engraved upon the building beneath the watchful eyes of Athena’s owls: “Litera Scripta Manet”- Written Letters Endure. The building houses some unique historical resources along with its always current holdings in popular fiction and non-fiction- including near complete editions of historical Wilmington and Delaware newspapers and other antiquarian treasures. We’re happy to welcome the new libraries- you’ll see more news about their arrival over the next couple of weeks, and assuming no bumps in the road, we’ll all be able to request each others materials starting this Friday!