All I Want for Christmas is an E-reader? 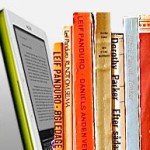 UPDATE: All of this content was written BEFORE the January launch of the iPad by Apple. Library Journal columnist Roy Tennant had this immediate response, noting Apple’s announcement validated his earlier claims that the Kindle, as a single-function device, was dead but hadn’t yet realized it!

UPDATE (Feb. 22, 2010): here’s another interesting link, a presentation from the O’Relly TOC Conference that compares the e-book buzz from 2000- the last time that ebooks were supposed to take over the publishing world..

UPDATE (March 15, 2010): Lyrasis’ Library Leadership Network is a good source for ongoing Ereader news- for instance, their threads on ‘problems and issues’ and general ‘notes and reviews‘.

There’s a continual buzz about e-reader devices such as Amazon’s Kindle, Barnes and Noble’s new Nook, and other e-reader devices that are supposed to replace the printed book at some point in the not-quite-now but decidedly imminent future. The Kindle was first out of the gate, with it’s “whispernet” wireless book downloading being the killer app that put earlier devices such as the PC-dependent Sony Reader to shame. The recently announced but already out-of-stock Nook raised the bar by emulating one of the most desired features of the physical book- lendability- and implementing a feature by which users can send a copy of a downloaded book to another Nook user. Of course, Amazon didn’t win many supporters by it unknowingly ironic decision to secretly delete unlicensed copies of 1984 from devices over the summer

In library-land, we’re all a little cautious by nature, but especially cautious about legitimizing a device that increases the cost of access, eliminates privacy, and weds access to information to commercially-defined technological dependencies. We’re funny like that. An e-reader may made a great Christmas present (if you can find one!) but there are plenty of nay-sayers both within and without the bibliographic world who think that once you disentangle the commercial hype from the grand pronouncements, e-readers might not only not be the solution (to a problem that probably hasn’t been defined) but also may be obsolete at birth- the buzz may be their vendor’s last ditch effort to make sure they unload units before there’s a realization that it may not be a great decision to commit hundreds of dollars to a bulky device that only does one thing, doesn’t necessarily do that one thing as well as the format it is trying to replace, and in any case, doesn’t really belong to you anyway!

In her Myth of the Paperless Office Abigail Sellen discusses how many corporations have tried to do away with paper- finding it inefficient or just plain old-fashioned, but have always butted up against what Sellen defines as the superior “affordances” of paper and its “paralinguistic information”- in essence, that paper does what people need it to do better than the alternatives on offer- you can stack it, reorder it, mark it, etc. in ways that aren’t possible: inherent qualities of a millenia-old media that vendors such as Amazon, Xerox, and Microsoft have been struggling to emulate without much success. Many of these affordances are inherent to books written for entertainment and education as well- it’s perfectly possible to look at a book and relatively accurately figure out if it’s going to be worth your attention- based on quality, size, illustrations and other factors. Once again, not so easy with a Word attachment. Once you decide you want it, you can stick it in your back pocket, drop it on the subway floor, put it away for a year and open it up in the same spot (a well-loved book will even open itself to the passages you like the most, in some cases). And it’s so very much more difficult for anyone to check up on what you are deciding to read, or to take it away from you.

Here are a few recent readings on books and ereaders:

It’s not like the story is over, of course- technology marches on and innovation will change the way we read and purchase books, and in the end, the way that libraries provide access to them. We promise not to put our fingers in our ears and say “PRINTED BOOKS ARE TEH AWESOME!” because that approach will clearly fail to serve the people we are interested in serving. The ubiquitous presence of smart phones and multipurpose personal devices such as the iPhone have already accommodated tremendously popular applications for reading books, and the promise of flexible screen technology is another thing that is hotly anticipated to change “the way we read”, although it’s a little further down the road than the equally hotly anticipated Apple Tablet (or Tao-blet, since it apparently is the answer to all of life’s questions….)